Center(s) of Gravity can be determined using two scenarios:

Algorithm to determine CoGs in Number of CoG scenario

Imagine that each of your demand/supply locations has a certain force proportional to its load. They each pull on the location of a single center of gravity (CoG). When each location uses its force to pull in its own direction, the CoG ends up in the center of those forces. At that moment, the algorithm has found the location that minimizes the total load travel distance.

To find multiple (N) centers of gravity (CoGs), the algorithm starts with N locations being the CoGs. The app assigns the closest CoG as the serving DC for each demand/supply location. For each DC (=CoG), the algorithm locates the optimal location for each CoG based on the loads of the locations that it serves.

This process is reiterated. The demand/supply locations are reassigned to the closest CoG location, based on new locations calculated for CoGs. Then, according to the loads of new supply/demand assignments, the CsoG are relocated. The process is reiterated until a final balance is found with N centers of gravity and each supply/demand location is served by the closest center of gravity, resulting in a minimal total load travel distance.

In this scenario, Center of Gravity generates a grid of cities on top of the data area and selects the minimum number of cities that can serve as DC such that all customer locations can be reached within the specified maximum drive time. This means that for each demand/supply location, the drive time to its serving DC (center of gravity) will be at most the maximum drive time you specify. In the Maximum Drive Time widget, you can specify the maximum number of hours (!) that demand/supply is allowed to travel from DC to demand location/supply location. After entering this number, click the Solve Max Drive Time button.

On the Run Scenario page the high level scenario data can be accessed. Detailed solution overview available on Scenario Details. 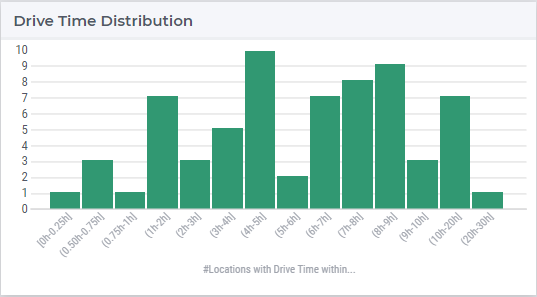 Cost Breakdown Cost breakdown has two views, and the user is able to switch between them using the widget action menu 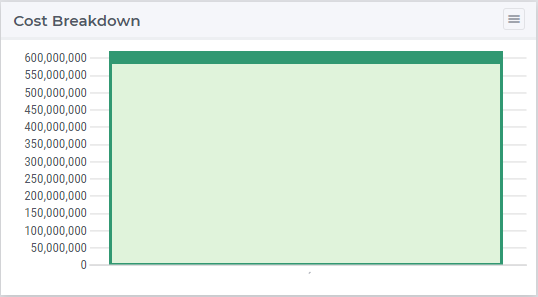 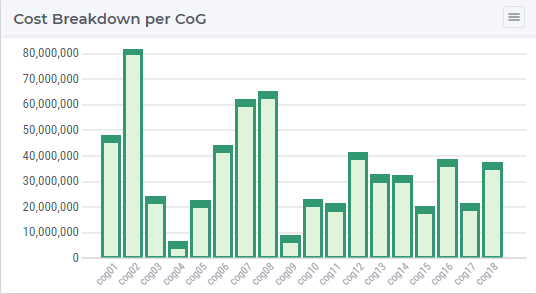 Further solution details can be found on the Results Overview dialog, which can be opened using the status bar.

Here the following data is listed: 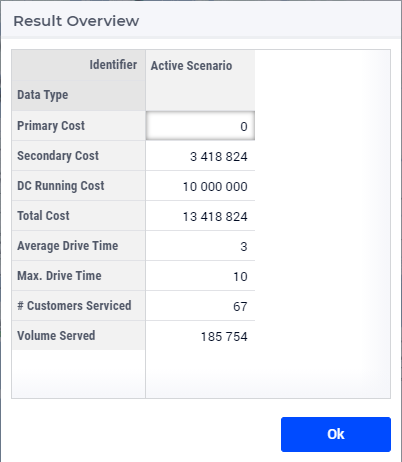